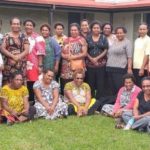 Provincial Health Authorities and hospitals in the Highlands region have been urged to establish Family Support Centres (FSCs) as part of their establishments to deal with victims and survivors of sexual violence.

A week-long workshop for trainers and counsellors of Gender Based Violence victims was told in Mt Hagen recently that due to the lack of such facilities, many victims of sexual violence and abuse could not be treated and counselled, resulting in them being left to suffer life-long health conditions.

The workshop was further told that whilst hospitals had family support centres to deal with victims who visited them, many others in the rural areas suffered silently due to the lack of such facilities.

And it was agreed that all PHAs and hospitals in the region should include family support centres as part of their organisational structures and set up such centres in the districts as well to deal with victims of gender based violence and abuse.

The workshop was attended by more than 30 senior clinicians from the seven Highlands provinces, many of them trainers and counsellors on gender based violence. It was sponsored by the World Health Organisation (WHO) and facilitated by the National Department of Health.

A representative of WHO said her organisation was keen to support efforts to deal with sexual violence and urged PHAs and hospitals to set up family support centres as specialised units to deal with the victims and survivors.

She said FSCs were needed in the districts to help victims from the rural areas and further urged PHAs and hospitals to put them on their Annual Implementation Programs (AIPs) each year to build and assist all victims of sexual violence.

Western Highlands Provincial Health Authority’s Director for Population Health, Dr Maddison Dat when closing the workshop thanked WHO and NDoH for funding and conducting the training.

He said he was happy to see many clinicians attending the training because there was a general breakdown in civil control in PNG where everyone did what they wanted to do without having any due care for others and the clinicians needed to be fully equipped with the necessary skills to deal with victims and survivors of violent crimes.

“Gender based violence is a big issue given the environment we live in and the different attitudes of the people and all stakeholders including church health services and NGOs need to work together with the hospitals to address this”, he said.