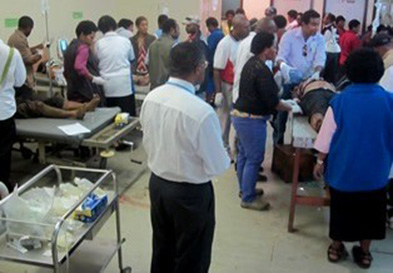 Three women were killed instantly in a nasty road accident at Togoba outside Mt Hagen on 29th January 2015. Another girl died at the hospital some hours later through internal bleeding. Twelve other people were also critically injured when a 25-seater PMV bus travelling from Enga Province ploughed into a group of mourners who were […]